Not long after we started our own experiments in home-processing Super 8 film in 2016, our friend the American filmmaker, Walter Ungerer, suggested that Dagie Brundert in Berlin was a lady we might want to connect with. Dagie Brundert is a pioneer in the art of home-processing analogue film in household and/or natural products. She long ago moved on from the standard Caffenol recipe (washing soda, coffee, vitamin c) to messing around with everything from red wine to wild flowers or seaweed as developing agents in the service of her art, always with fantastic results. Dagie is ever generous with her knowledge, being a firm believer in the open source approach to information sharing and is regularly booked to host Super 8 film processing workshops.

AK: Who are you? Where did you grow up and where are you now based?

I was born somewhere in the middle West of Germany, lost and bored but also surrounded by trees, meadows and hidden places to play… but I needed to find a way out of it so I went – via some unimportant stations – to Berlin. 30 years ago. I call it now: home.  My lovely ugly shiny Berlin!

AK: Could you give us a history of your involvement with creating work involving still or moving images?

DB: Before I discovered the moving image I was always drawing, writing, taking weird photos … and then one day my professor (I studied art in Berlin meanwhile) brought a super 8 camera to us students to play with … and that’s exactly the historical magical moment when the arrow hit me: I took it, checked it, made a simple film and whoooooosh a new universe opened its doors for me!!! I was able to set up a world on my table and make plastic figures act like I wanted! Animation! Yeah! Animate stuff, animate myself, play all along in my little bubble, I loved it. 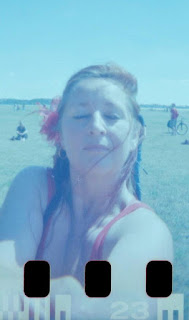 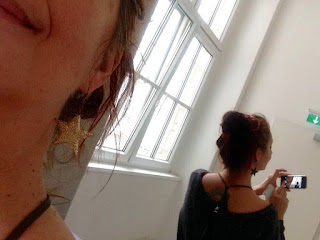 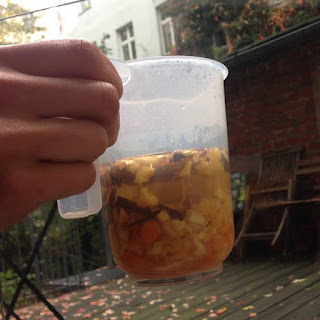 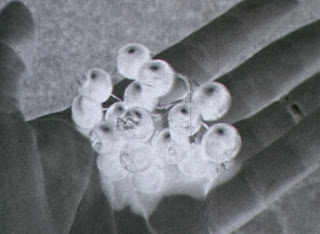 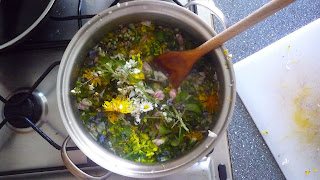 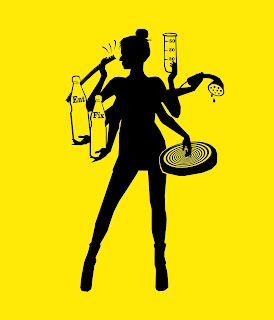 AK: What were the major influences in the arts and in life which encouraged you to become involved with this field?

DB: Other films that showed me that there are no limits to fantasy, that there doesn’t have to be a classical story, that I was allowed to follow my funky instincts and just trust that something will evolve. Also music. Music helped me to survive lonely times. Like: The Beatles (honestly! I loved them when I was a kid!), John Peel who opened up the music universe for me (yes I was able to listen to him at night in Germany, broadcasted for BFBS in Germany), Dada, Maya Deren, Kenneth Anger, Schmelzdahin, Jacques Rivette …

AK: What does the word “experimental” mean to you?

DB: Playing with material and ideas.

AK: At Avant Kinema we have a particular interest in low budget, DIY or LoFi forms of creativity.
What are your thoughts on films, music, zines or other artworks created in this way? Is this a way that you personally like working? If yes, would that be for aesthetic reasons or more because of budgetary constraints?

DB: Somehow I can’t think of any other way than no/low budget DIY … I have always been … well I cannot say “poor” since I’m quite privileged in this world that I happen to live in … but I love to tinker on my own, immediately when an idea strikes me, I wanna do it all at once, all by myself, now … If someone gave me a million I wouldn’t say no but it is not necessary. I don’t want to be dependant, I don’t want to wait.

AK: What was your earliest experience of using analogue film, video or photographic equipment?

DB: I choose analogue film and tell you a story: in my early Berlin student days when I just got the camera I strolled along my street together with my friend and we saw a stand at Woolworths with a mass of Barbie dolls. They looked so sad! In one second we knew we had to free them and make them actors in our first film! We checked our cash resources and freed 23 of them: blonde, brown, black hair; pink, blue, yellow dress, simple cheap barbies without knee or elbow joints. At home we lined them up and had so much fun just making them collapse. It became our/my first film “23 Barbiepuppen kippen um”. The bug had bitten me.

AK: Where did these initial steps lead?

DB: To my super 8 career!! At the beginning I didn’t really take myself and my films serious … but they grew. And now I’ve been doing it for more than 30 years, I have discovered so much, I have dived so deep into the material and into experimental ideas … there’s no end. It’s my sense and it’s my satisfaction.

AK: Did you have any guidance in using this technology or did you work it all out for yourself?

DB: Almost no guidance (there was no internet in the late 80es ;-) When I found out about self developing … it was all trial and error and some books that I read and some people that I
talked to. And my earlier darkroom experiences as a photographer. Now it’s easier and that’s what I like on platforms like facebook: the open minded and sharing mind of the groups there. Mostly.

AK: What specific models of analogue equipment / stock do you favour, and why?

DB: All expired films!!! I especially adore 40 years old colour films …. Ektachrome 160 is my goddess … I just found an alternative E6 recipe that made it possible to use this fallen out of time stock and receive fantastic images. And of course testing new eco soups with my favourite b&w film & TriX. Nothing can make me more smile than shaking some TriX stripes in a tank full of rhubarb soup with soda and vitamin c, to open it after fixing and to hold the images in my hands! Oops, when I write and read it, it’s like giving birth! Only less painful!

AK: What is your process for using analogue technology and techniques? How do you shoot, process/develop, edit/correct, add effects or, in other ways, manipulate this raw material? How do you then present it to the World? 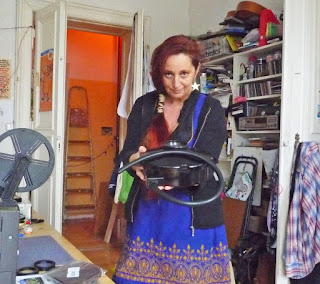 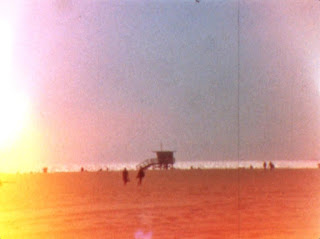 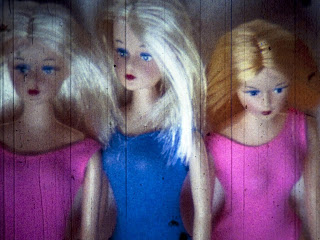 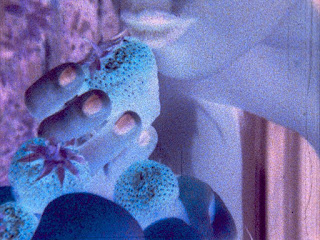 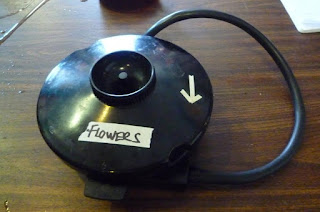 DB: I process now almost all of my films myself. Give them to some pros to have them scanned and then I edit them (FinalCut). I don’t manipulate them at all, only some time stretching here and there. And then I spit them out and throw them into the world. All my films are on Vimeo. I appear on film festivals from time to time.

AK: We're very interested in the way you've taken the Caffenol template and used it to experiment with everything from wine to seaweed in your processing. Do you have a strong understanding of the chemistry involved in this or do you just try lots of things out to see what works?

DB: When I began I had no idea about chemistry. I thought I understood b&w photography, I understood how the silver molecules in the emulsion got hit by light and then been transformed from silver salts to metallic silver … but that was almost all. Meanwhile I read a lot of articles about the processing components, about phenols … and I believe I understand it deeper and deeper: phenols are everywhere in almost all plants, phenols are mostly bitter (except for in raw potatoes which makes an amazing developer by the way!!) … briefly said: my instincts evolve with reading and just doing!!

AK: Have you shared any of your skills in the Analogue Arts with others through workshops, tutorials or other forms of training? How was this experience?

DB: I am an analog hippie, I share all of my knowledge. Caffenol belongs to everybody, there is no patent on it. Some of my “soup films” are tutorials, like “Tullamol”

I write the recipe in the credits at the end of the film. I want people to try it themselves, to have fun and to make some beautiful art. When I give workshops I very often have students that are completely digital … I mean: they grew up with digital devices that made it possible to film at almost no costs. But they yearn for something after a while. Something tactile. Something that really consists of something. I show them. It is contagious!
AK: The Digital Revolution has opened up the World of High Quality, Low Cost filmmaking and photography for a lot of people. It's still relatively expensive to use analogue movie or stills stock and it's also generally a more time-consuming and complicated way of working. So, what's the attraction? What is it that makes the expense and effort worthwhile in the 21st Century?
DB: See question above! It’s a total different approach. A different aesthetic. Do you know about wabi-sabi? That explains a lot! I quote Leonard Koren “Wabi-sabi is the quintessential Japanese aesthetic. It is a beauty of things imperfect, impermanent, and incomplete. It is a beauty of things modest and humble. It is a beauty of things unconventional … It is also two separate words, with related but different meanings. “WABI“ is the kind of perfect beauty that is seemingly-paradoxically caused by just the right kind of imperfection, such as an asymmetry in a ceramic bowl which
reflects the handmade craftsmanship, as opposed to another bowl which is perfect, but soul-less and machine-made.  “SABI“ is the kind of beauty that can come only with age, such as the patina on a very old bronze statue.” [Wabi-Sabi: For Artists, Designers, Poets & Philosophers, by Leonard Koren]
… and then I quote myself: “You extend your antennas and begin to notice the subtle beauty that exists in so many banal, imperfect, impermanent and incomplete things and existences. You fill your camera with a super 8 cassette, hide behind the lens, play spy, step on your right track and find it.
Super 8 has the capability of teasing out and capturing the wabi-sabish soul of things and occurences. More than just displaying, picturing one-to-one-wise – it soaks up beauty molecules, cells, souls and spits out beauty grains – simply because Super 8 is magic.” 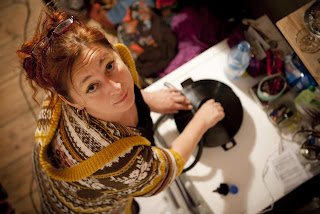 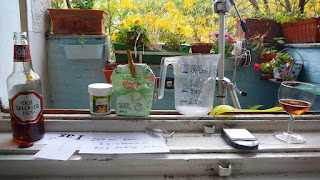 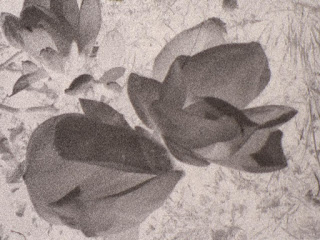 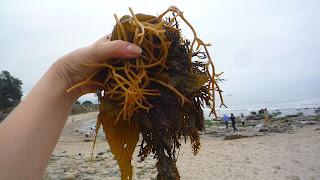 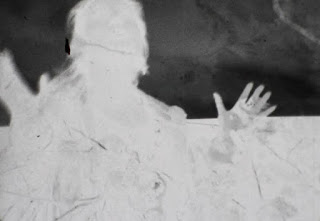 AK: What kind of future do you see for analogue creativity in a digital world? We can see analogue-digital hybrid art becoming an interesting new form that filmmakers and artists can experiment with. Is this something you would like to experiment with at some point in the future?

DB: Take the best from two worlds! Mix! Play! Invent! Why should there be a limit?

Thank you very much for taking the time to answer our questions, Dagie. :-) x